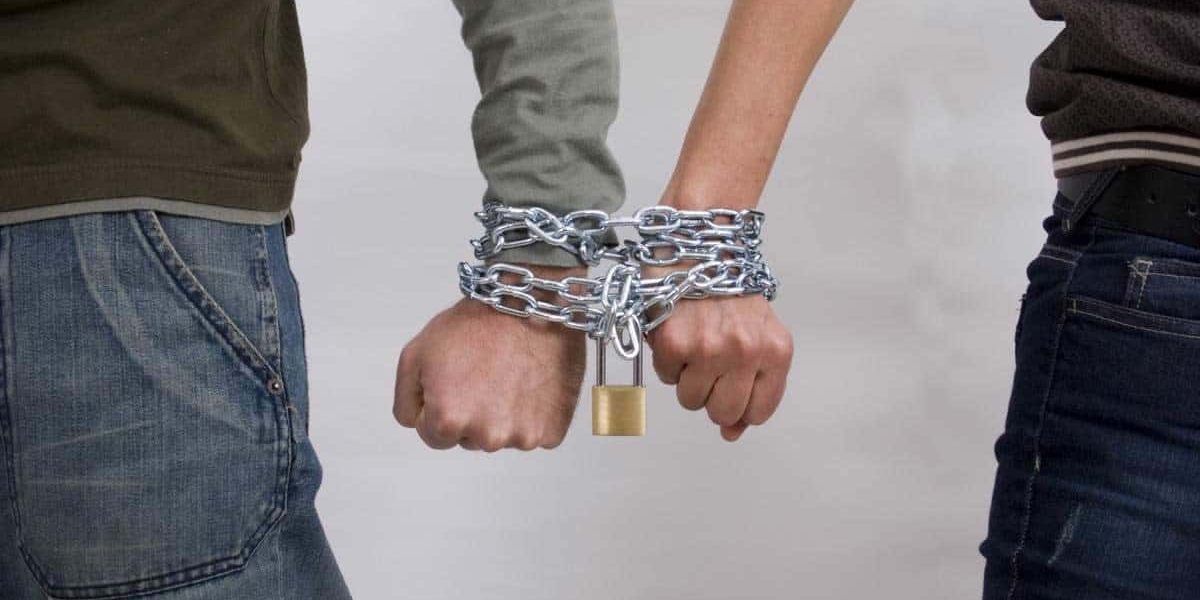 Codependent Relationship and dependency is known to be a learned behavior often passed down from generation to generation. It’s an emotional and behavioral condition affecting the individual’s ability to maintain and have healthy, mutually satisfying connections and relationships. Another term it is called is “relationship addiction”. Those with codependency more times than not form and maintain a relationship that is one-sided, abusive and can be emotionally very destructive. Ten years ago this was discovered after years of intensive study with interpersonal relationships involving the families of alcoholics. Codependent traits and behavior is most often learned by watching and/or imitating other members of the family that are displaying this behavior.

Who Does It Affect?

A Codependent Relationship affects the friends, siblings, parents, spouse, co-workers and many others. They are directly associated with the person who is afflicted with the disease of alcohol and/or drug addiction or dependency. Similar behaviors and patterns are seen in people involved in relationships with those who are chronically or mentally ill. Today, this term has been broadened to describe any and all co-dependent persons from any type of dysfunctional family.

What constitutes for a Dysfunctional Family?
How Does this Lead to Codependency?

A dysfunctional family is any family with members that suffer from fear, shame, pain, are ignored or have been denied. Underlying problems include the following:

Dysfunctional families most times will not acknowledge that problems even exist. They won’t talk about these problems or ever confront them. As the result, these family members soon learn to repress their emotions and disregard their very own needs. They are then seen as “survivors.” They develop maladaptive behaviors that assist in helping them to deny, avoid, and ignore the difficult emotions. They are able to detach themselves. They will not talk. They don’t often touch. They will not confront. They don’t feel the full range of emotions. They have difficulty trusting. Their emotional development is stunted.

The attention and the energy focuses on the family member that is ill and/or addicted. The co-dependent person sacrifices their needs to take care of and assist the sick person. When codependents place another person’s safety and welfare before their very own, they then lose contact with their own sense of self, needs, and desires.

How Does The Codependent Behave?

Co-dependents tend to have a low self-esteem and will look for anything outside of self to feel better. They are unable to “be themselves.” Some will try to soothe themselves by use of alcohol, drugs or other addictive behaviors. Some others develop compulsive behaviors such as workaholism, shopping, gambling, or sexual activities.

They do have good intentions though. They try desperately to take care of another whose addicted but the care taking then soon becomes compulsive and very defeating. Co-dependents often will take on the martyr’s role and they become the “benefactors” to the individual in need. Ex: A wife covers for her husband that is an alcoholic. A mother will make excuses for her truant child. A father “pull strings” to keep his child from feeling the pain and suffering of their own consequences resulting from their delinquent behavior.

The problem arises when these repeated attempts to rescue them allow the needy individual the ability to continue on their destructive path and then become that much more dependent on the already unhealthy care taking caused by the “benefactor.” As the reliance increases, the individual that is identified as he co-dependent develops a strong sense of reward and of satisfaction from“being needed and wanted”. When the care taking then is compulsive, the co-dependent soon feels choice less and is helpless in the relationship. They are not able to break away from the cycle of behaviors that cause it. Co-dependents most times view themselves as the victim and find themselves attracted to that same weakness in both love and friendship relationships.

What are The Codependent Characteristics?

Are you In One?

After reading this article has your opinion changed or have you learned more about the codependent relationship? It is an unhealthy one that many individuals are involved in. It’s a pattern and cycle that goes unnoticed by most. It leads to resentments, frustration, anger and hurt feelings. If you think that your involved in a codependent relationship then seek help today. Understand our approach in working with couples and those seeking to be released from the bondage of codependency. You deserve to live your own life free from the expectations and demands you place on yourself. Your job is to focus on your own happiness and wellbeing.

Therapy is a great way to get to the underlying issues that keep us in unhealthy relationships. Start the journey today. Call 407-967-1327. Let’s get started now.