Anxiety and Depression In Teens 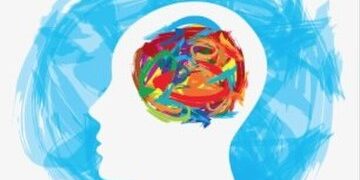 Anxiety and Depression in Teens and How the Conditions Are Treated

Anxiety and depression in teens. Millions of teens suffer from anxiety or depression.  This is a common mental disorder Americans of all ages suffer from. Psychiatrists and psychologists define a mental disorder as a dysfunction that interferes with a person’s ability to learn, handle social situations or control their emotions.

In the 21st century, many circumstances may cause anxiety or depression in teens. The pressure on many young adults to be high achievers or to stand out from the crowd is intense. Being in the LGBT community, a member of an ethnic minority or autistic could also cause mental challenges.

A third possible stimulus of teen anxiety or depression is involvement in social media. Through social media, young people comment on people and circumstances. They also receive feedback. Sometimes this interaction upsets them. Social media is classified today as an addiction. An addiction is defined as any behavior done in excess with the inability to stop despite having negative effects on your life. We see families with teens that have lost the ability to communicate, hibernate in their rooms and isolate. They are on their phones for an average of 6-9 hours a day.

Fourth, the world is not always a peaceful place. The threat of terrorism or other violence often looms. Schools have practice drills in anticipation of the need for an emergency evacuation. Backpacks are sometimes storage places for dangerous items. Parents and teens have become so hyper vigilant that they are constantly running with fight or flight symptoms. Never feeling at ease.

Types of Anxiety Disorders in Teens

Generalized anxiety disorder (GAD) is one kind of anxiety. It’s characterized by worrying about almost anything. A teen suffering from it might also experience headaches, chest pain, abdominal pain or vomiting.

A teen with social anxiety is uncomfortable in social situations. Phobias are a third kind of anxiety. They are characterized by a ramped up fear of something specific. Young people who have compulsive disorder (OCD) act out obsessive compulsions and thoughts. This is in an attempt to quell their anxiety. For many teens their anxiety and depression stem from the energy of their parents. We are all energy.  It can be felt by teens when they sense this anxiety in their parents.

As for depression, one kind is bipolar disorder. Teens experience bouts of mania and bouts of major depression. Another form of depression is chronic depression, which mental health professionals define as lasting for at least two years.

Disruptive mood dysregulation disorder is marked by irritability and frequent displays of aggression and anger. This behavior lasts for more than a year. In adjustment disorder, teens suffer because they are upset by an event for longer than is healthy. Seasonal affective disorder is a kind of depression that troubles people during the winter. This is due to the fact that winter has fewer hours of daylight.

Clearly we see their are many causes for teens to be anxious and depressed today. We are living in a fast paced world. We have access via our phones and media showcasing everything that is going wrong in this world.

Anxiety and Depression in Teens-Treatment

A treatment program for anxiety or depression in teens may consist of three parts. In using cognitive behavioral therapy (CBT), the mental health professional treating the young adult uses this kind of psychotherapy to discover any irrational beliefs the adolescent has in order to change the youth’s emotions, behaviors and thoughts.

CBT may be combined with interpersonal therapy, which works to improve the teen’s relationships.  Better treatment outcomes often come if a third component is added: medications. Selective serotonin reuptake inhibitors (SSRIs) or serotonin-norepinephrine reuptake inhibitors (SNRIs) are drugs that may be prescribed. Medications are not an end all be all fix. They may help for the time it takes to stabilize your teen. However they should not become dependent on them. The goal would be to find a more holistic approach for our teen to assist with depression and anxiety.

As a result it is important that teens with mental disorders be treated as soon as possible. This can help to ensure they can move more successfully into adulthood. A first step for parents who suspect that their adolescent has a mental disorder is to take them to a primary care physician. That professional may then refer the youth to a mental health professional. There are many benefits to seeking a mental health counselor for your teen. Believe it or not your teen does not always want to tell you what is going on with them. If they feel safe and not judged, they are more likely to open up.

The medical community and people who deliver social services are ready to help teens having the mental disorders of anxiety or depression. The fruitful everyday lives of these adolescents and their futures lie in the balance. Call us today at High Expectations Counseling. Set up a free 15 minute phone consultation.