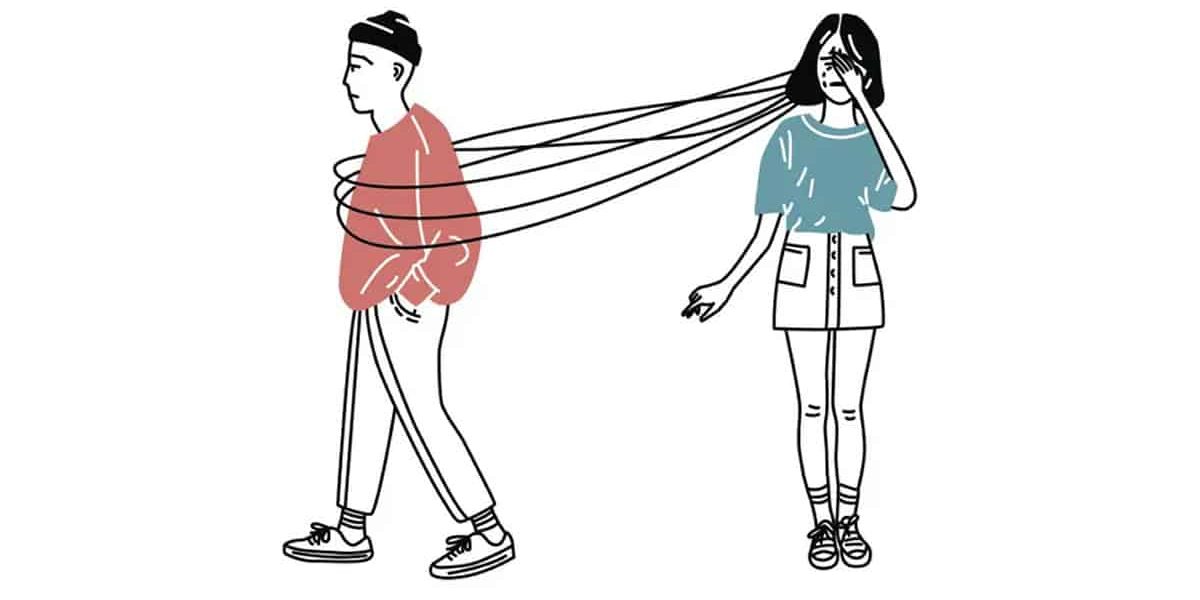 Codependent relationships are not healthy relationships. For example, someone might act clingy and fall to pieces whenever their romantic partner isn’t available. If nothing is done about it, both people involved will end up in a miserable and often hostile situation. Here are the biggest signs of codependency in a relationship.

Healthy relationships require a certain amount of balance where each partner’s needs are met. However, codependent partners tend to put all of their focus into pleasing their partner – often at the expense of their own happiness and well-being. For example, instead of trying to get their spouse to compromise when it’s really in the best interest of the relationship, they just give in. Unfortunately, what happens to the codependent partner is that they then get very angry at their partner, as well as have major resentments about their relationship. That can end up leading to major fights.

Good relationships also require good boundaries that ensure both partners respect each other. Unfortunately, when it comes to codependency in a relationship, there are usually no boundaries. For instance, a codependent spouse might force their spouse to spend all of their available time with them, instead of giving the other person some space. Partners can feel like they are being smothered with attention, which leads to a more volatile relationship. When a spouse tries to spend time away from a codependent spouse, this often causes hostility.

Another sign of codependency in a relationship is when a partner has poor self-esteem. Therefore, they base all of their self-worth off their partner. For example, when their spouse gives them attention, they feel excited. However, when their partner isn’t around or ignores them, their self-worth hits rock bottom. They often go into a deep depression, as well as become resentful toward the other person.

In addition to having poor self-esteem, codependent partners usually have a poor self-image as well. The lack of self-image means that the partner must define themself in relation to the other person. In fact, they can’t image themself without their spouse. The thought of a relationship breakup is devastating to their self-image. That’s because without their partner, they feel like they won’t be able to exist on their own. When there’s a fight, it hurts the codependent partner’s self-image – which can trigger an episode of depression, as well as cause them to become more hostile to the other person.

5. Dwell on Other People’s Problems

Trying to fix everyone else’s problems can be another sign of codependency. Oftentimes, a codependent person will obsess over trying to help others instead of taking care of their own needs. In fact, they end up neglecting important areas of their own life that need improvement – which further hurts their health and well-being. In all likelihood they know that there are areas of their life that need improvement. However, they don’t want to deal with them, so they create distractions (like helping others) to ignore their own problems. In a lot of cases, someone with codependency issues tries to fix everything “wrong” with their romantic partner. As you can imagine, these relationships become tumultuous.

Codependent people tend to get their feelings hurt really easily. It’s a combination of low self-esteem and a poor self-image, as well as the tendency to over-internalize events. That results in making codependent partners very hypersensitive to the least little thing. For example, they will overreact to criticism, dwell on unpleasant memories from the past, and even just take completely innocent remarks out of context. They are unable to handle relationship disagreements in a healthy way, which causes additional problems with their romantic partner.

A healthy relationship depends on having a good line of communication between the couple. However, couples in codependent relationships often have very poor communication. For instance, someone who is romantically involved with a codependent partner might be fearful of saying something that would hurt their feelings. Therefore, instead of bringing up important issues to discuss as a couple, they just ignore them. That causes the relationship’s problems to go unresolved – which makes everything worse.

The last sign of codependency in a relationship is fairly obvious – it’s dependency. Basically, a codependent person will do whatever they can to salvage a relationship, no matter how wrong it is for the couple to remain together. As mentioned, codependent people often have a poor self-image, so the thought of losing their romantic partner is terrifying. They see themselves as being worthless alone. Oftentimes, they will stop at nothing to keep their partner from leaving.

In short, if you or your romantic partner show signs of codependency, then you should consider taking an online codependency assessment. Depending on the results, you and your partner might need to seek professional help from a counsellor or therapist. It could prevent your relationship from becoming toxic. However, depending on how bad things are, it might be better to break up.

At High Expectations Counseling we are a group of licensed and highly trained therapists that specializes in codependency and relationships. We understand that this is a learned behaviour and that many are not even aware that they are codependent. Seek professional help today. Give us a call at 407-967-1327 and get a free 15 min consultation to seek if we are a good fit for you.